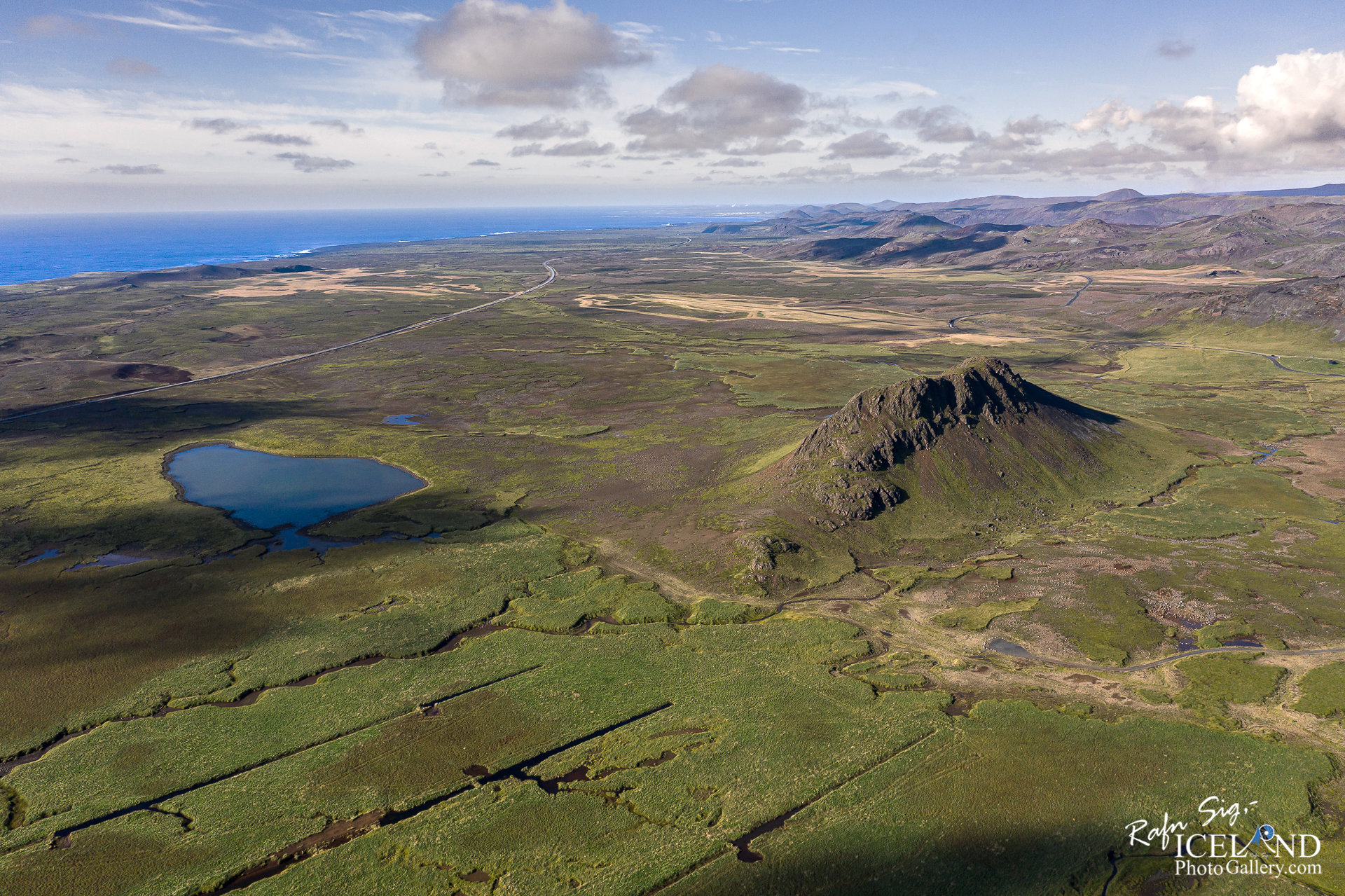 West of Deildarháls is Bleiksmýri, which extends west below Krýsuvík. On the moor, to the west, is a high cliff called Arnarfell, north of it is Bæjarfell and west of it runs Arnarfellstagl.

Eystri-Lækur flows around Bleiksmýri and flows into the sea on the eastern side of the rock.

Hafnarfjarðarbær granted the Wetlands Fund a construction permit to restore wetlands in Krýsuvíkurmýri and Bleiksmýri. With that recovery, 1,100 tonnes of carbon dioxide emissions were extinguished.

Arnarfell in Krýsuvík is 198 m above sea level (about 100 meters high).

Arnarfell is one of the most beautiful mountain on the peninsula. The easternmost part of the fell, grassy, is an ancient eagle’s nest. The western nymph houses Eiríksvörður. To the south under the fell are the ruins of the old Arnarfellsbær where i.a. Beinteinn Stefánsson lived with his family. Beinteinn was a craftsman and built e.g. the current Krýsuvík Church in 1857, although it has been rebuilt several times since. The story of Beinstein’s encounter with Tanga-Tómas, the ghost of Selatangi, is also famous. Beinteinn escaped from him during a bad fight and had to cross the lava on foot on his way home to Arnarfell. There he lay bedridden for a few days.